Parents are the centre of the universe for a child. It is around them a child’s live revolves. So what happens when this center of gravity is caught in conflict? Without doubt, it is extremely painful for a children to watch their parents fight in front of them. Whether it is a heated debate or a casual martial fight, it is never pleasant for the children.

Children are like sponges and have excellent emotional skills. Much more than we give them credit for. They can sense their parents are upset with each other when parents are busy acting fine in front of them. Research suggests even babies as young as 6 months old can pick up these signals. Children who witness frequent fights at home often suffer a lot of emotional and mental trauma which can be manifested in various ways like:

Insecurity and Low Self Esteem: When parents fight and say angry words to each other, children feel lost. Suddenly their safe heaven- home is not safe anymore. This results in insecurity and low self esteem. Such children become emotionally clogged and often fall prey to substance abuse.

Behavioural Issues: Suddenly when a happy, smart child starts floundering on tests, starts shying away from friends and looses appetite, you can be assured of issues at home. Children love their parents and when they see them fighting, they cannot process the emotion and end up internalizing the feelings. This manifests into behavioral and health issues. 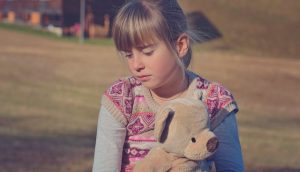 Poor Relationships: Children bought up in conflicts often fall into poor relationships as well when they grow up. With no role model to learn how to resolve fights, they find themselves trapped in relationships and end up making similar mistakes as their parents. 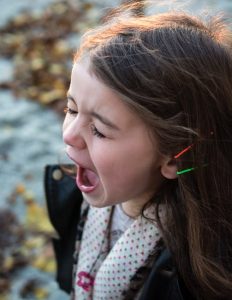 Stress related disorders: Children often become distraught, worried, anxious and hopeless when stressed. While some become aggressive others develop sleep disturbances and health problems like headaches and stomach aches and may get sick frequently.

While most parents would argue these signs are displayed by children who witness constant squabbles and fights at home, Research indicates otherwise. These effects are not confined to high-conflict homes or homes where verbal abuse is accompanied with physical abuse. Homes where parents remain hostile with each other and engage in cold war thinking they are saving their children from harm are at risk too. Children are highly sensitive to such environments. Capitulation too has its negative effects on children contrary to our popular Indian society belief.

But we know these are unpleasant realities… Marital fights are inevitable. We cannot rule them out. So where does that lead us? What really influences children how these fights or disagreements are played out and resolved. Conflicts are a normal part of life and it would be unrealistic to vow never to fight in front of children. What we need to understand is how to make sure that our children are not hurt in the process and to calm them down when they’re distraught.

Conflicts which end with support, compromise and positive emotions rather teach children the required social and emotional skills. They learn to understand that disagreements are part of every relationship but there are rules which adults should adhere to even when in conflict.

Respecting each other, not being nasty, giving other person freedom to express views are some of the guidelines we all should follow. Just the way we teach our children about emotions and what are the acceptable ways of expressing them, parents too should learn these rules of argument. When your children watch you working out through your differences, respecting each other and trying your best to find a solution, they become emotionally resilient and grow up into compassionate adults who can handle conflicts with dignity and grace.

Best Toddler Toys: According to Age and Stage

What every Parent should Know about Child Abuse

Parenting Goals for Happier You and Happier Kids

The post What Happens When Parents Fight in Front of Children appeared first on KidPillar.