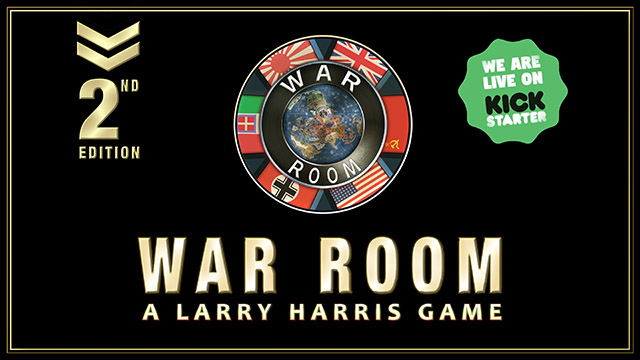 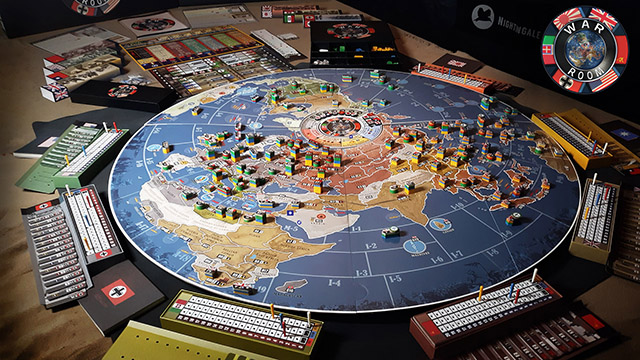 WAR ROOM: A Larry Harris Game is a deluxe global WW2 board game for 2-6 players (team play) with 4 scenarios that range from 1 hour to 10+ hours in playtime. The 2nd Edition is ever-so-slightly streamlined for a lower price-point. Also there is a new optional quick battle system for even faster sessions.  Try out the digital versions on Tabletopia or Tabletop Simulator for free!
You have been entrusted with the Mantle of Command for your nation.  Collaborate with allies to coordinate maneuvers before resolving your secret, simultaneous orders for movement and production. Assign battle stances for each unit type wisely during conflicts on the land, at sea and air.  Maintain a tight grip on your territories and guard your convoys to control the varied resources required to expand your army.  Attack your enemies where they least expect and crush their national morale.  Strive onward to capture the enemy capitals and secure victory!
War Room: A Larry Harris Game (2nd Edition) will be live on KICKSTARTER until Thu, July 1 2021 8:00 AM PDT, and has a funding goal of $150,000.
Find out more at BGG.
Post Views: 12