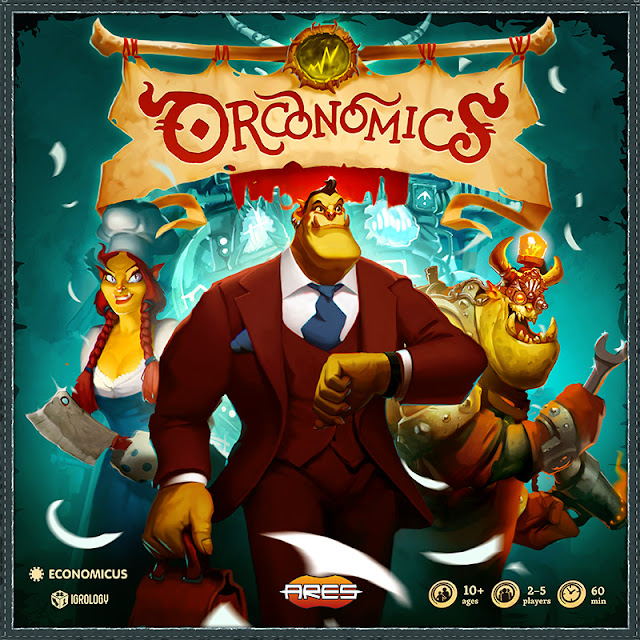 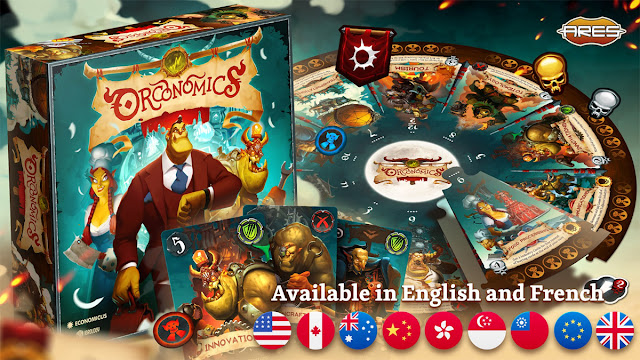 The cut-throat economic boardgame – For Orc Entrepreneurs Only!

Orconomics is “the” boardgame to recreate the chaotic economic world of modern Orcs on your gaming table. Find out what Orc society has become, now that the Age of Heroes is in the past. Backstabbing, ripping off opponents (which is sometimes better than ripping off their arms from their torsos), taking away their industries – all is legit, as long as you get to the top of the Orc jet-set!

Dive into the world of business, a vortex of competition, a fight to be the best. Build up your companies with your strong green hands and bargain to the bitter end with your rivals. Legends will be told of your glorious business ventures! 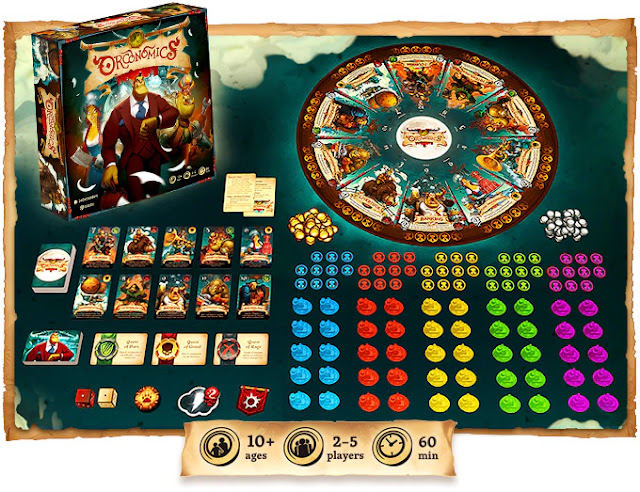 Orconomics 2nd Edition is an economic game like no other, with its peculiar setting, Orcish humor, and great artwork.

See what our reviewer Mike Pratt had to say about Orconomics 2nd Edition HERE!

Two to five players compete to establish Companies in ten different industrial sector. Companies in each industrial sector generate income or losses, and grant players abilities that can be used during the game. To win the game, a player needs to be the first to found 10 companies on the game board or sometimes even less if they successfully fulfill some business quests of Greed, Rage or Dare.

Orconomics 2nd Edition is on Kickstarter until March, 12th. Backing the project, you can get a copy of the limited deluxe first printing of the game. Show to your friends you are the best Orc on the block!

Orconomics 2nd Edition will be live on KICKSTARTER until Fri, March 12 2021 4:00 AM PST, and has surpassed it’s funding goal of $10,000.
Find out more at BGG.
See what our reviewer Mike Pratt thought about the game HERE!