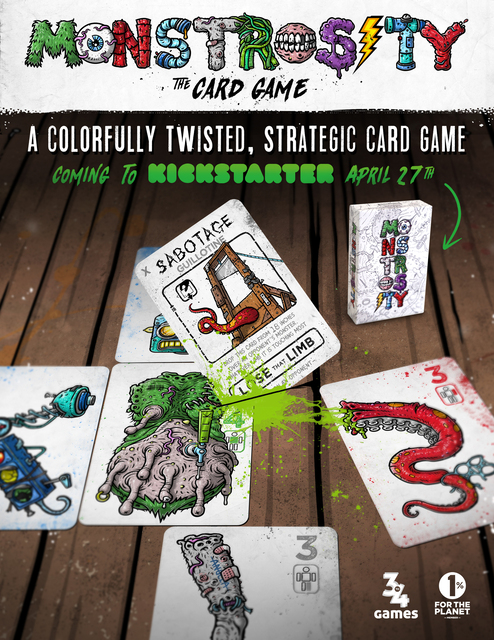 In Monstrosity, The Card Game players are contestants in a reanimation competition hosted by the fictional monster building conference MONCON. The goal of the game is to collect body parts, assemble a unique monster, and harness a power source to bring it to life…think Frankenstein, but DIY. Players choose a unique heart card at the beginning of the game to guide their strategy and must assemble a monster that is compatible with the heart they chose. Every heart has unique requirements which heavily affect’s the players build strategy. Throughout the game, players take turns assembling body parts, upgrading parts, sabotaging their opponents, and using action cards to stir things up. The player who is able to reanimate their monster, and score the most points, wins the game.

Monstrosity the card game can be played in a competitive free-for-all or as a 2v2.

Have you ever wanted to build a Monster? Well, in Monstrosity you can do just that! You are a Monster Builder attending MONCON and competing to build and power your own monster.

Before I talk about how to play the game I want to tell you about my first impression. As I opened the box and pulled out the game I was astonished by the artwork on the box.  The black and white backing artwork with the name of the game in multiple colors is beyond awesome looking. I can tell you if I saw this in a store I would definitely pick It up to just look at the back of the box.  Once I opened the box the artwork got better and better as I thumbed through the cards and rulebook.  Now I do have to say this is not a realistic style of artwork. I don’t even know how to explain it but it looks so good! 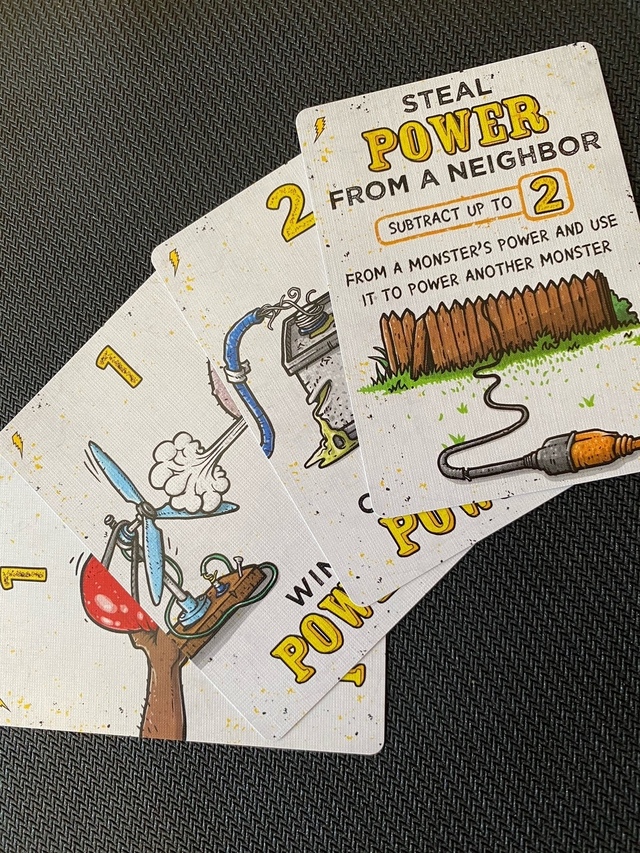 At the beginning of the game you are given a ‘heart card”. This is kept secret and acts kind of as a hidden goal for you at the end of the game.  In the game you are doing one of 5 different actions per turn.  On your turn you can either “Seize the Day” (Draw, play and discard a card), “Assemble” (play a body part card), “Power” (play a power card), “Go Freegan” (draw the top card of the discard pile) or “Trash Day” (discard 3 cards from your hand and draw two cards). You and the other players will take turns doing one of the above actions until someone powers their monster. To power your monster, you have to have a head, torso, 2 arms, 2 legs, and a minimum of 15 points. Each of the body parts you add to your monster has a point value. There are also modifier cards and sabotage cards that can be used during the game. The modifier cards are used to enhance your monster and are worth additional points while the sabotage cards are just like it sounds, they are used to sabotage your opponents monster by either removing modifier cards or body parts from their monster. 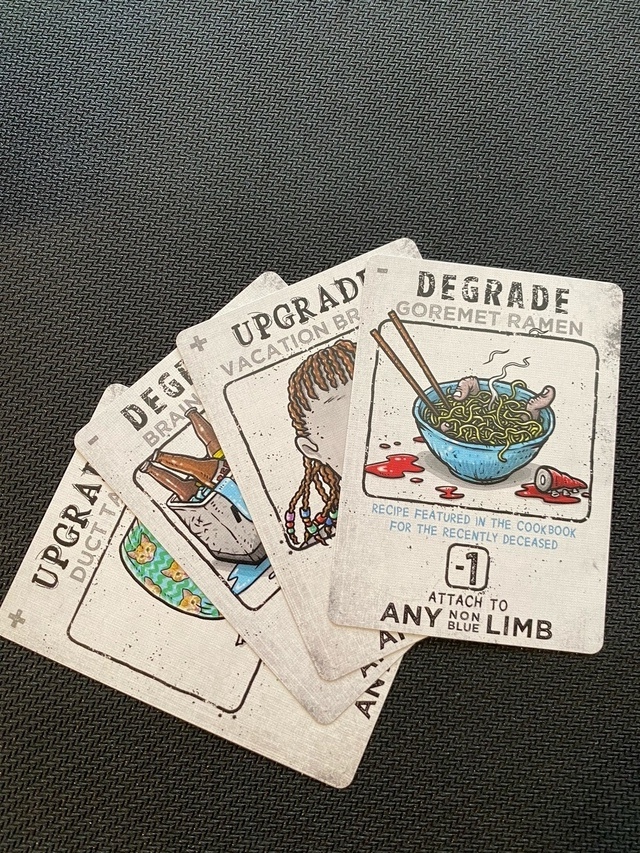 Everyone that I played this game with really enjoyed it. I have played it with a 2 player count and a 4 player count. Personally, I think 2 or 3 is much better than a 4 player count. When playing with 4 players the game seemed to drag on a little. There was a lot of “take that” in this game.  This game is so easy to learn that I taught this game in less than 5 minutes and there were enough player aids for every player to help remind them what they could do on their turn.

All in all this game is a lot of fun and there was virtually no analysis paralysis at all.  Between the artwork and the “take that” aspects of this game there was so much laughing and giggling going on especially every time someone added a body part to their monster. I highly recommend this game 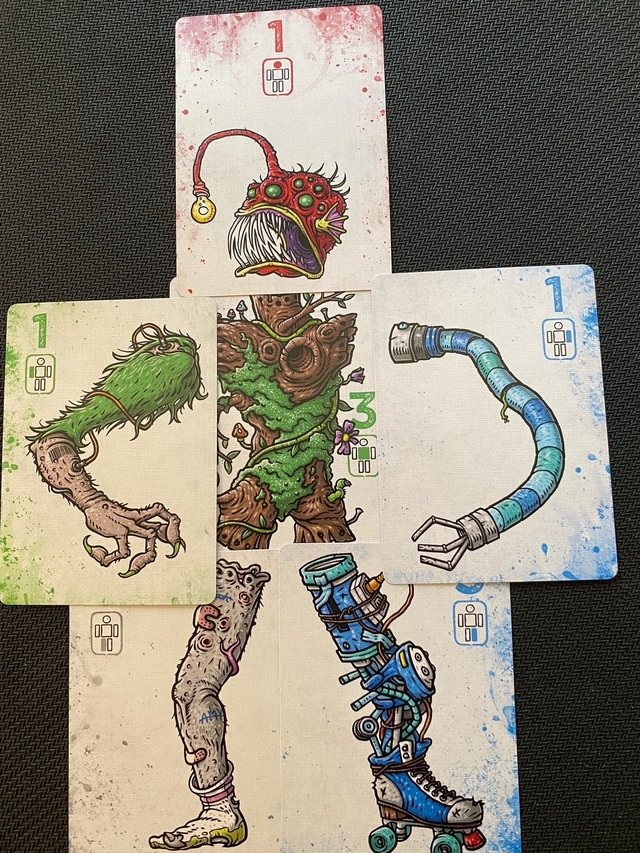 Check out Monstrosity: The Card Game and 3to4 Games on: 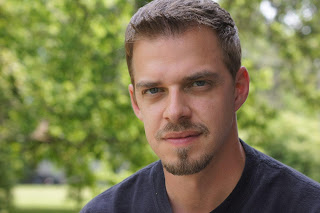 I’m from a quite little town in Missouri.  Just south of St. Louis. I’m a lover of the outdoors. When I’m not playing board games I can be found next to a lake fishing or floating  down a river, and of course camping.  I can’t forget drag racing I go to the local tracks as much as possible.  About 2 years ago though when I lived in Huntsville Alabama, before this nasty Covid thing popped up on anyone’s radar, I started playing boardgames. From the first meetup I went to I was hooked! My first game I played was diamond’s I really enjoyed it. Later that week I went to another meetup and found worker placement games and fell in love.  Since then I have expanded my horizons and have been to local game festivals and played as many different games as I can. I am as completely competitive while playing but never get upset when I lose, and that happens a lot! I just enjoy being able to spend time playing games with friends family and anyone else I can get to play!!