Target games are favorites with every kid. Be it the classical dartboard or bowling alley, target games delight each one of us and bring out our inner kid. It would be a great idea to integrate such games with STEM inspired engineering for kids!

All you need to do is make a catapult, set your targets and score! Here is our neat guide to designing a simple, easy craft stick catapult and setting up a target game for endless fun. It would be just perfect for family game nights.

How to Make a Craft Stick Catapult

Get hands-on with your kids and let your little engineers make this easy craft stick catapult. Supplies needed:

Step 1: Stack five craft sticks together and secure them at ends with rubber bands. 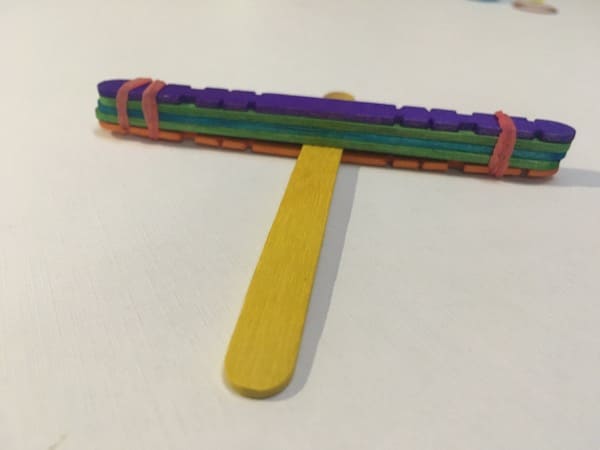 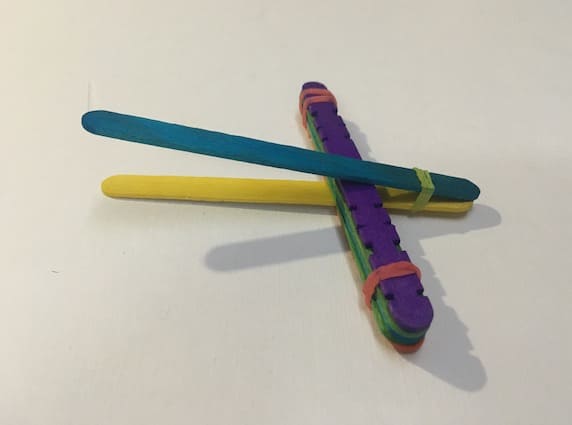 Step 4: Secure the assembly with an elastic band so as to hold all the craft sticks together. 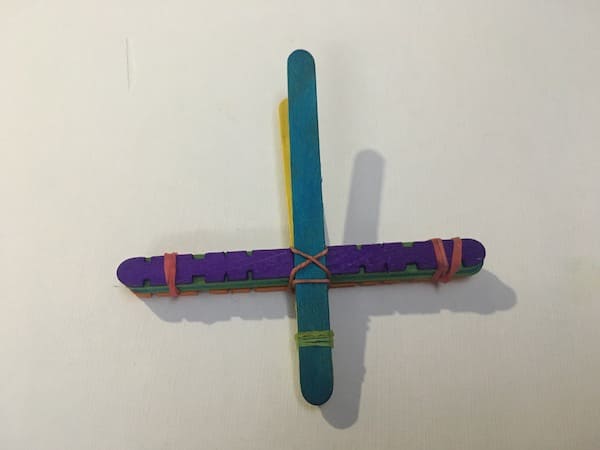 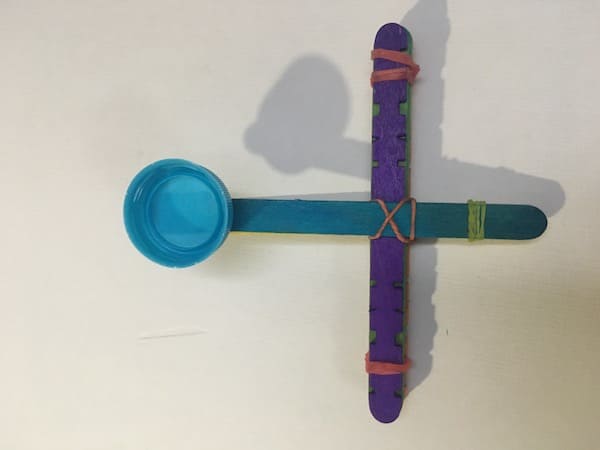 Place the ping-pong ball in the cap and pull down the launcher stick with your finger and release. Your catapult is ready!

How to Set up Catapult Target Game

This part is pretty easy and can have endless combinations, depending upon your liking. We set up two target games.

What you will need:

Step 2: Place your animal figurines on the horizontal tile.

Your targets are set! Now, take turns in knocking off the figurines from the jenga towers and score points. We took five turns each and the one who knocked maximum animals won!

Super fun and not so easy! Your kids will have to figure out how catapults work and how height and distance traveled by the ball is related. 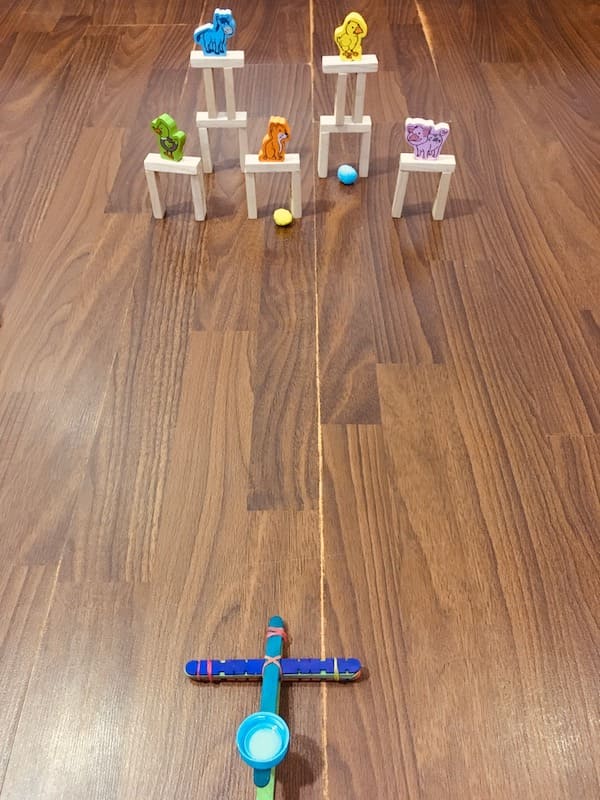 This set is much easier and more suited for younger kids 3 to 6 years old. We used jenga tiles for our set up as we had run out of painter’s tape. You can use whatever you have handy.

Make marks on the floor using painter’s tape (we used jenga tiles). In between the marks, place a sticky note indicating the points for landing the pom-pom there. Make three such slabs – the farthest one with maximum points. 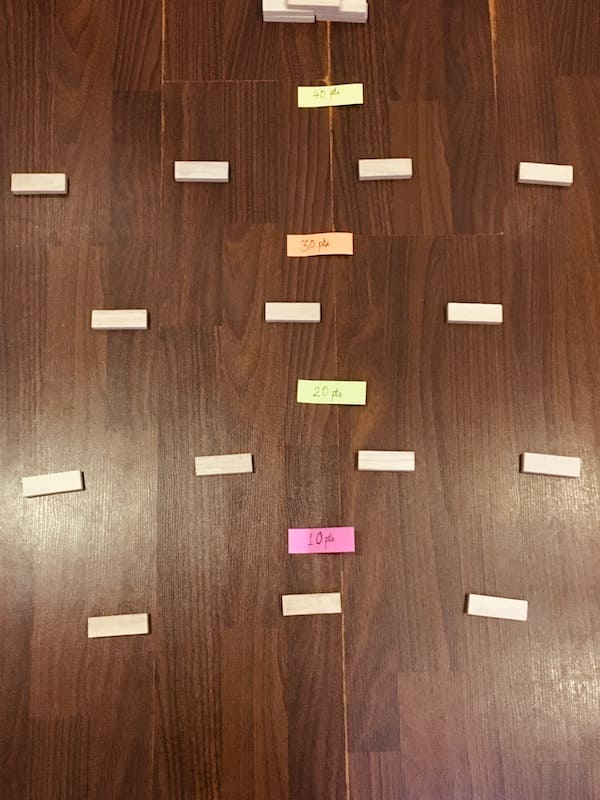 Assign five turns to each player. The player who scores maximum points in the end is the winner!

These are two challenges/target games we made but the possibilities are endless. You can ask your children to come up with their own versions of targets and challenges. Or, you can design a few games yourself, or check out this visual list of STEM activities to keep your kids engaged (and learning).