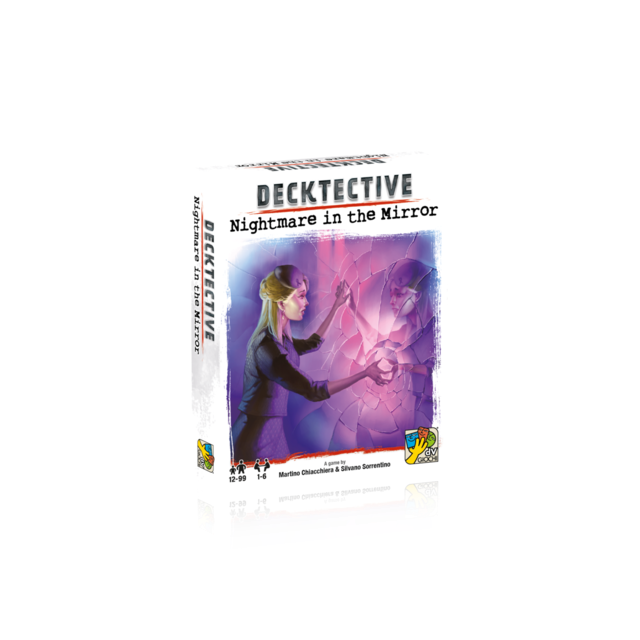 dV Giochi just announced the 3rd title of the Decktective game series have just been released in U.S. shops and they are now available in the European market, too.

DECKTECTIVE – NIGHTMARE IN THE MIRROR is the brand-new mysterious case for true Detectives.

Danielle Dove was kidnapped! Thankfully she is a resourceful girl and managed to somehow ask for help. But you must act quickly if you want to save her. Collect the clues: newspaper clippings, pictures, witness statements…
Investigate and come up with plausible theories. Can you put the evidence together to solve the mystery?

In the DECKTECTIVE series, the players play a team of detectives, dealing with the resolution of a mysterious case.

The games in the DECKTECTIVE series are characterized by engaging and immersive narratives contained in a single “pocket-sized” card deck with a 3D crime scene!