Ambush Epic
Publisher: DarkDoors Entertainment
Designers: Gerard Fernández, Edu Puertas
Number of Players: 1-4
Ages: 12+
Time: 90-120 Minutes
Find on KICKSTARTER HERE.
Lead your hero to the creepy and darkest nook of the dungeon. Balance your competitive and cooperative skills, get stronger but don’t forget to give a hand when it is needed.
Don’t let the evil forces win! Too many defeats against monsters and our heroes will die into the dungeon, they’ll never see the sunlight again. 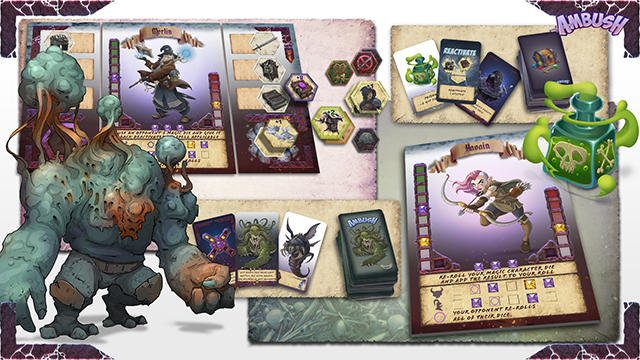 Each player will incarnate a hero, with their own spells. During your descent, you’ll gain astonishing rewards which will power up your equipment, increasing your chances of success. May the best survive! But be cautious… win too many battles and the enemy will fear you and send the best warriors… lose too many battles, and the monsters might want to finish you all off sending their best champion…(AI)
Fight as a team, think as a team, but if you think you are strong enough to reach the glory by yourself… try it. Just a few chosen have reached this goal. But don’t let the desperation fill your heart, you can win sharing the victory with other amazing heroes, if you keep them as “allies”. Think about your intentions, and about the other heroes intentions… you could be involved in an unexpected Ambush… 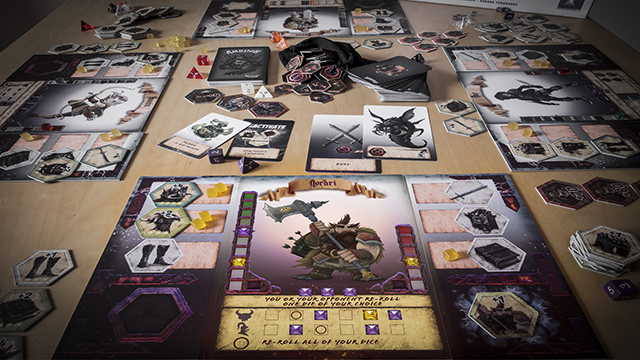 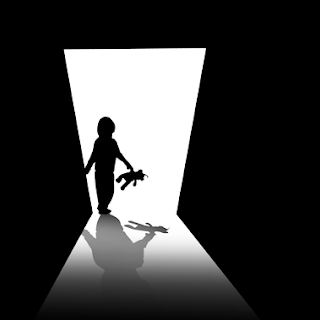