According to Education Research Center of America, boys and girls are at par in their math and science achievements. But despite that, only 28% women make up the STEM workforce. This is disheartening! We need to do better for our girls.

As a parent, it is essential to read about these women to your children, especially girls. These women can be their role models – superwomen to emulate! For boys, inspirational and neutralising agent for the male entitlement & gender stereotypes. Either way, these women deserve to be known and are a great positive influence for your children. 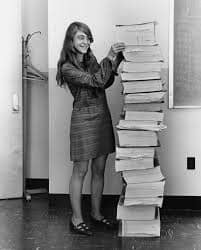 She was the person in charge of coding Apollo 11, the very spacecraft that took us to space. She hand wrote the code of Apollo 11 along with her team. Being an only woman never deterred her…she was quite used to that. Extremely enthusiastic about her work, she often took her daughter along to NASA labs while working late nights and on weekends. Such was the dedication of this amazing woman not only to her mission but also to her child.

Born in British India, Damyanti Gupta, went on to become an engineer at a time when a very few women even thought of becoming one. Forget about that era, back in 2001 when I was in Engineering College, there were hardly any girls. To be precise, we were nearly 40 girls in a batch of 350 students. She further went on to work in an automobile industry, a place still dominated by the other gender, and became the first woman engineer at Ford Automobiles. 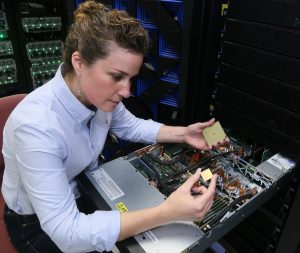 A name that is etched in our minds forever. The woman who put Indian women in the Space. Kalpana was born in a small city of Karnal, Haryana. Youngest of the four siblings, Kalpana enjoyed star gazing as a child. After graduating as an engineer from Punjab Engineering college, she moved to USA to pursue further studies. She worked with NASA for several years before becoming an astronaut. 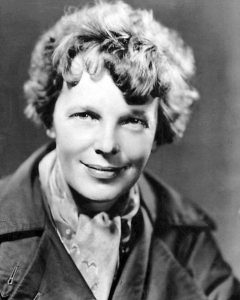 This is the woman who made our lives much easier, the woman who pioneered GPS. One of the very few women hired for advanced technical work, West worked on the initial groundwork of GPS technology by formulating an advanced algorithms that helped make an extremely accurate model of Earth. This model is the foundation stone of GPS, a technology that has revolutionized military, transport and cellular technology.

Hired in 1956 as a mathematician at the U.S. Naval Weapons Laboratory, she contributed in astronomical study of Pluto’s motion w.r.t Neptune. What is to be noted is that she was the only black woman in her team that contributed to this award winning study of planets.

This young 22year old refugee is the brain behind the newest aviation innovation at Stratos Aviation, where she works part-time. This young girl juggles two part-time jobs while pursuing her aerospace engineering at Montreal’s Concordia University. She is certainly a name to watch out for!

Deputy director general and chief scientist at WHO, she is nothing short of extraordinary. A pediatrician by specialty, she has more than 30 years of experience in medicine and has published more than 250 peer-reviewed publications and book chapters.

These two Indian women worked tirelessly to put Chandrayan II in the space. Working as Project and Mission director respectively, they have indeed made every Indian daughter and everyone woman around the world proud. Any girl who doubts her acumen in these male dominated arenas can draw inspiration from these two strong women. Nothing is impossible! 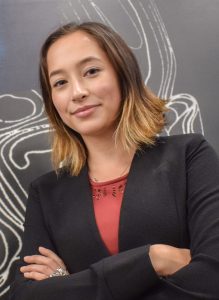 The young Canadian Inventor designed a flashlight called Hollow FlashLight, which uses body heat as power. No need for batteries! The flashlight was inspired by the urge to help a friend who did not have power at night and struggled to study. She is certainly an inspiration to young girls striving to make their mark in STEM fields.

This 13 year old holds the title of America’s Top Young Scientist for inventing a life saving device, which can detect lead in water. She was inspired for her affordable solution after witnessing the Michigan Water crisis.

The post 11 Inspiring Women in STEM appeared first on KidPillar.